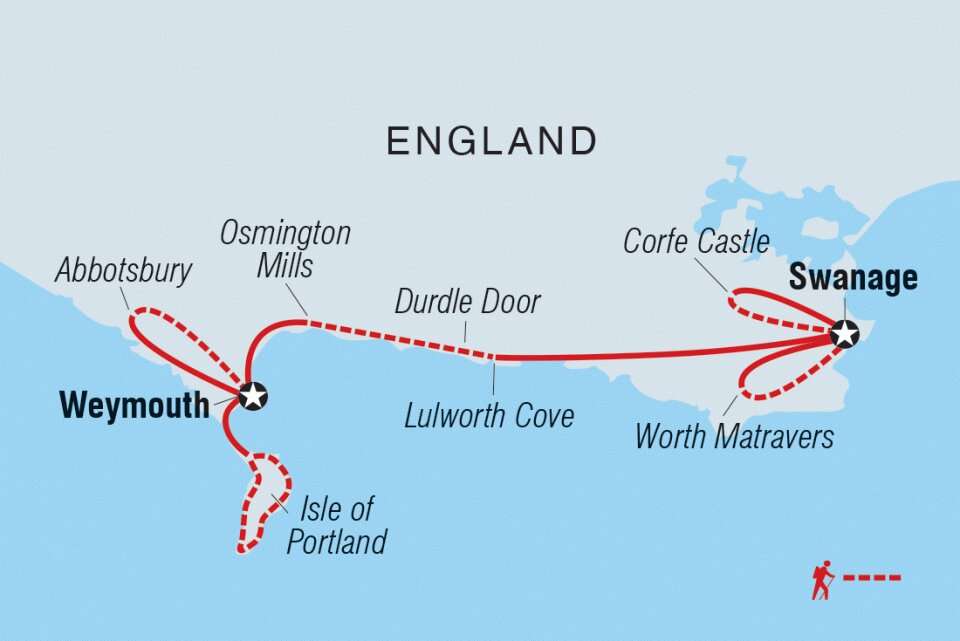 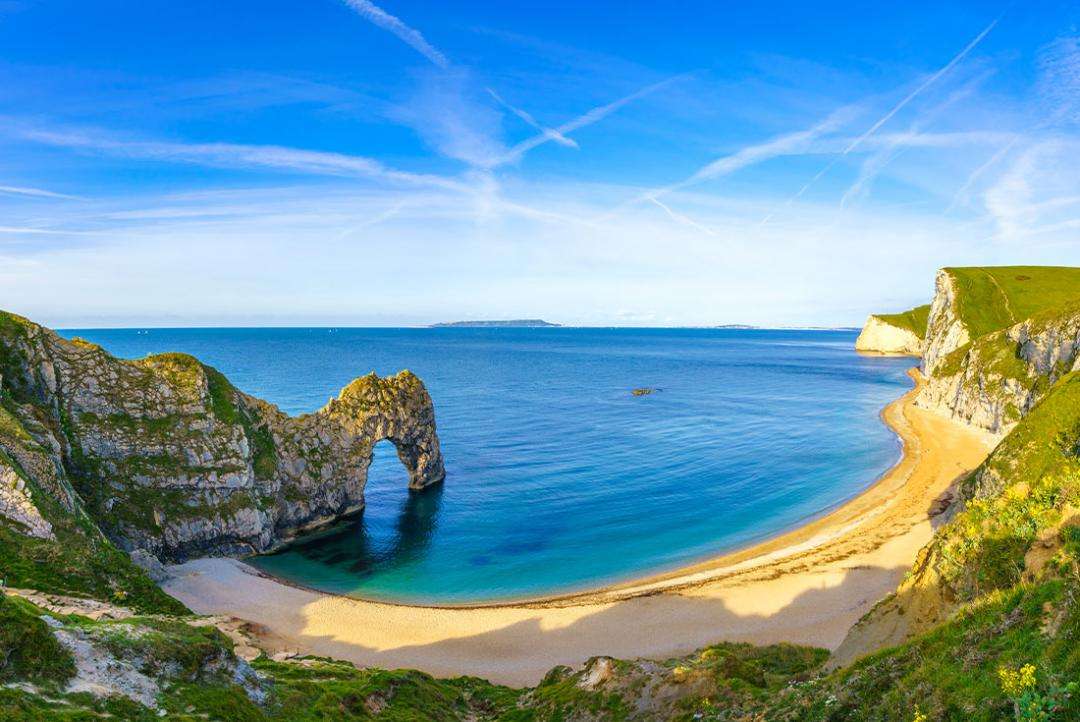 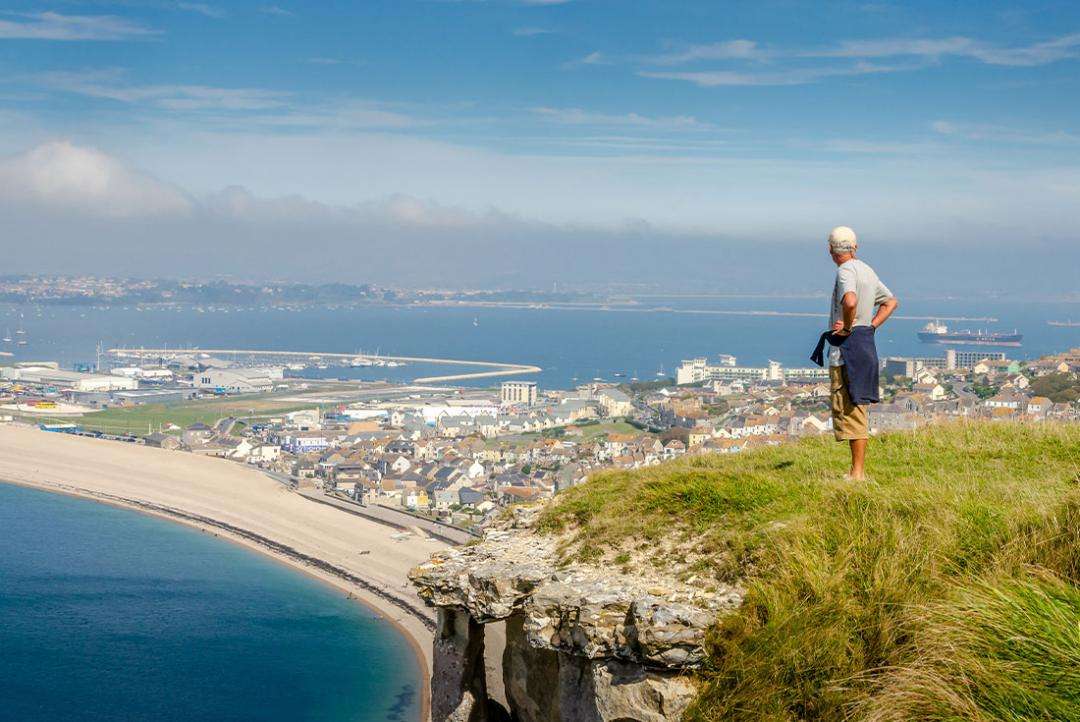 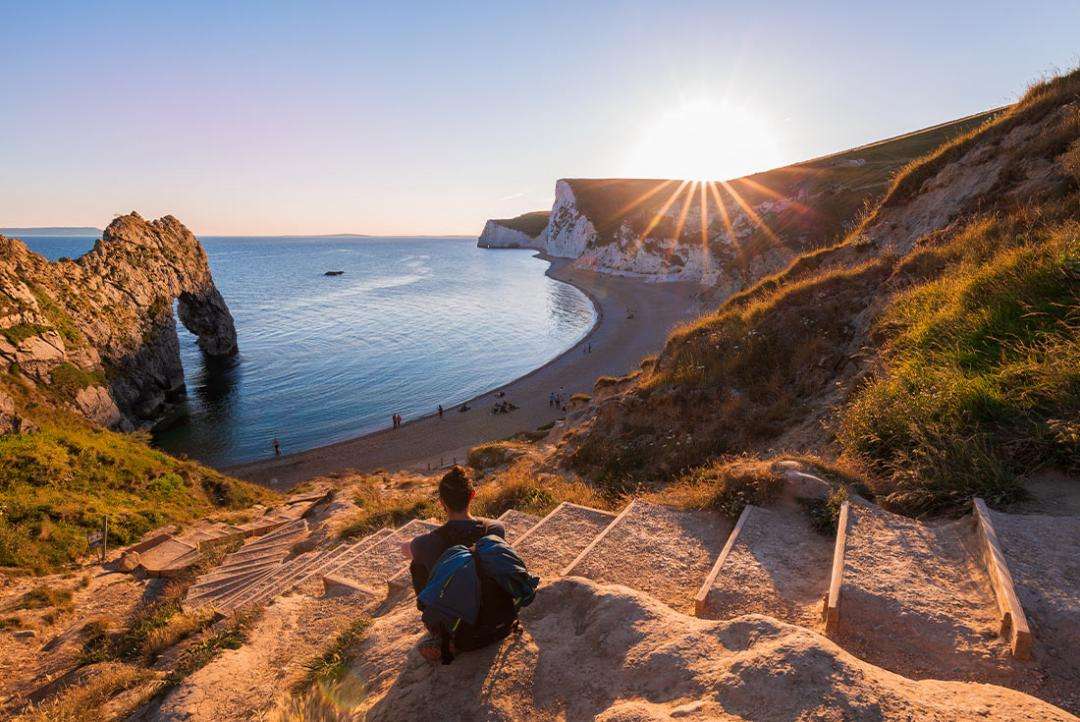 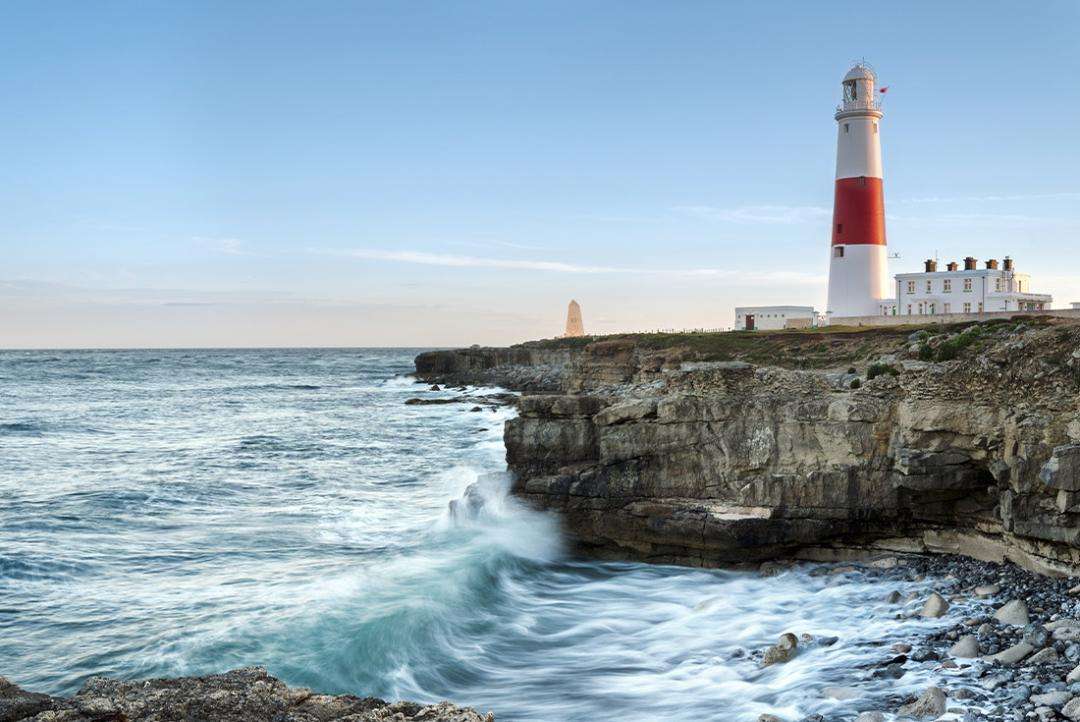 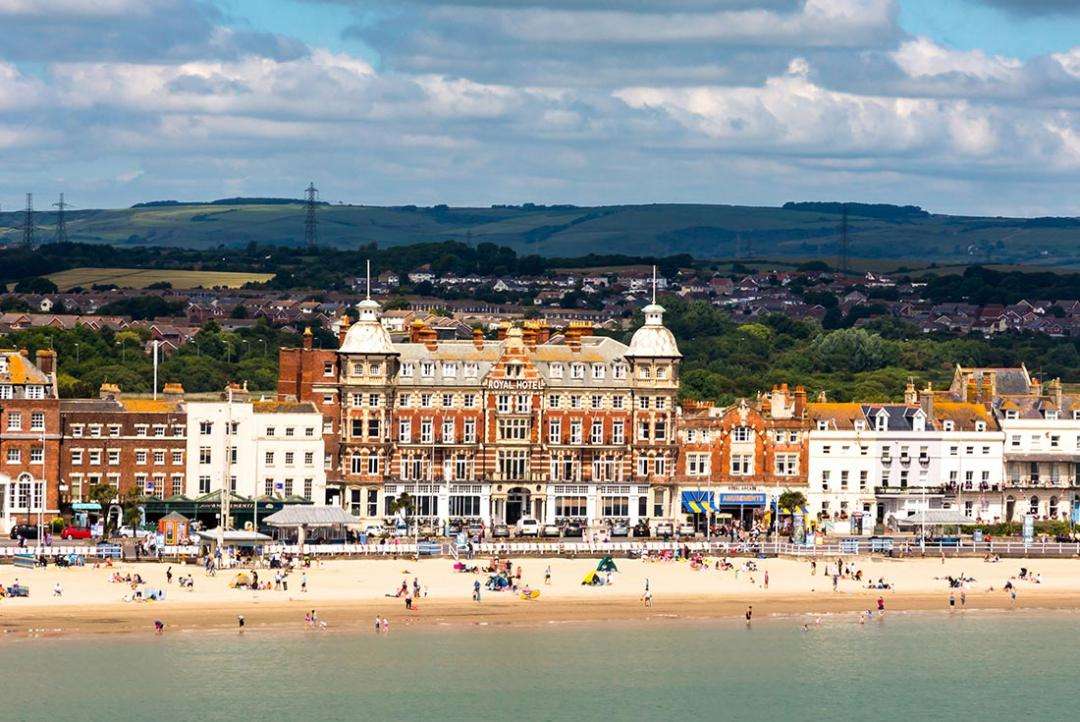 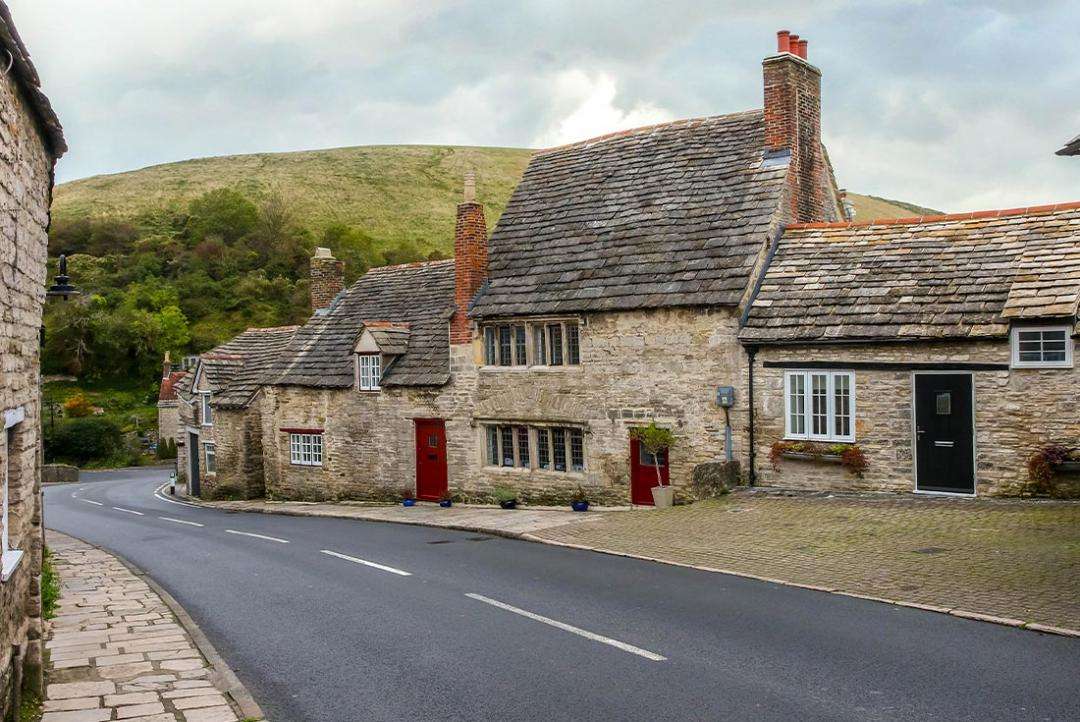 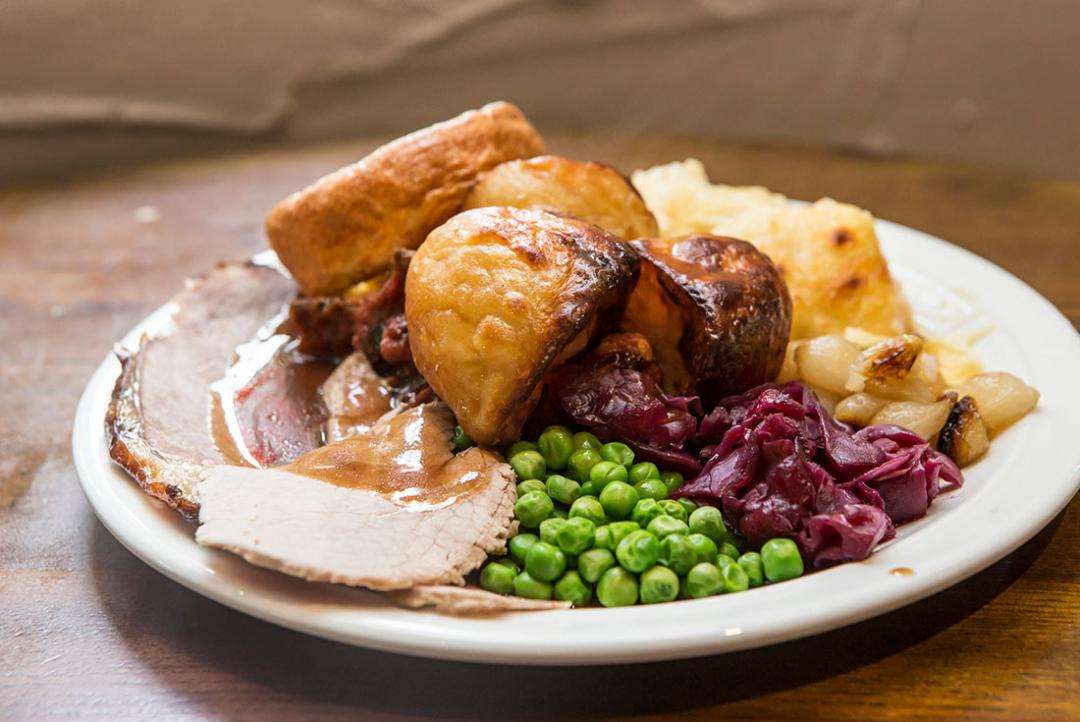 No, this is not the setting of Jurassic Park, but it may well could’ve been. With striking cliff faces, renowned rock formations, sweeping stretches of Atlantic coastline and pockets of history at every turn, the Jurassic Coast is begging to be explored. Spend five days walking a section of southern UK’s coastline, from Weymouth to Swanage and all the natural peculiarities in between. Admire St Catherine’s Chapel poised from above, take in the stunning Lulworth Cove, Isle of Portland and Durdle Door, and stop by quaint British towns for a pint at the pub. With a knowledgeable leader each step of the way taking you on the most scenic trails and recommending favourite local haunts, your walking adventure along the Jurassic Coast is sure to be a ‘best-of’ the region.

Walk along undulating cliff faces to some of the Jurassic Coast’s finest vantage points. Stroll past the stunning Lulworth Cove and see the famous Durdle Door rock formation in all its eroded glory. Explore the Isle of Portland – an eerie stretch of land with many secrets to share. Take note of the stone that frames its shores, as this is the same as what parts of the city of London is paved in! Cover the best trails that the Jurassic Coast has to offer, with an enthusiastic leader providing a history lesson en route. Dinosaur prints, medieval mysteries, local lore – this region has it all! Spend a day exploring the quaint town of Corfe, visiting its renowned castle perched high above, with thousands of years of medieval history, and a village full of traditional British shops and eateries. What’s a trip in the UK without a pint at the pub? Have a number of opportunities to cosy up at a local watering hole with your fellow adventurers, enjoying local brews in places like Worth Matravers.

100% non refundable chargeable from 21 days prior to arrival.

If you wish to cancel and rebook your trip or change dates outside the promotional period, you will be required to pay the full deposit towards the new trip. 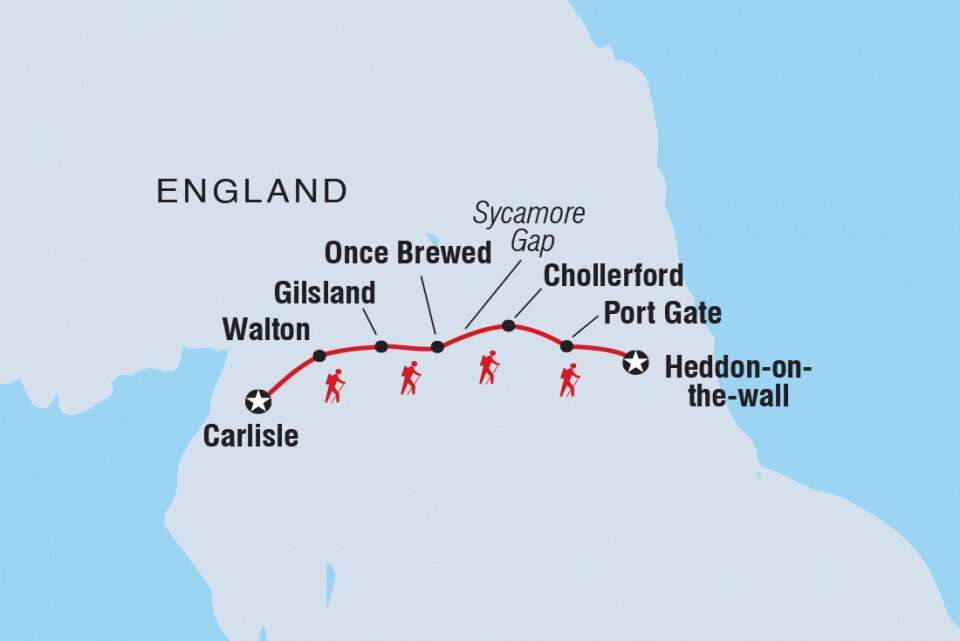 Trekking,Walking Tour 5 Days: Walk the Jurassic Coast
Not yet reviewed
£1.00