Retreats Days in the New Forest 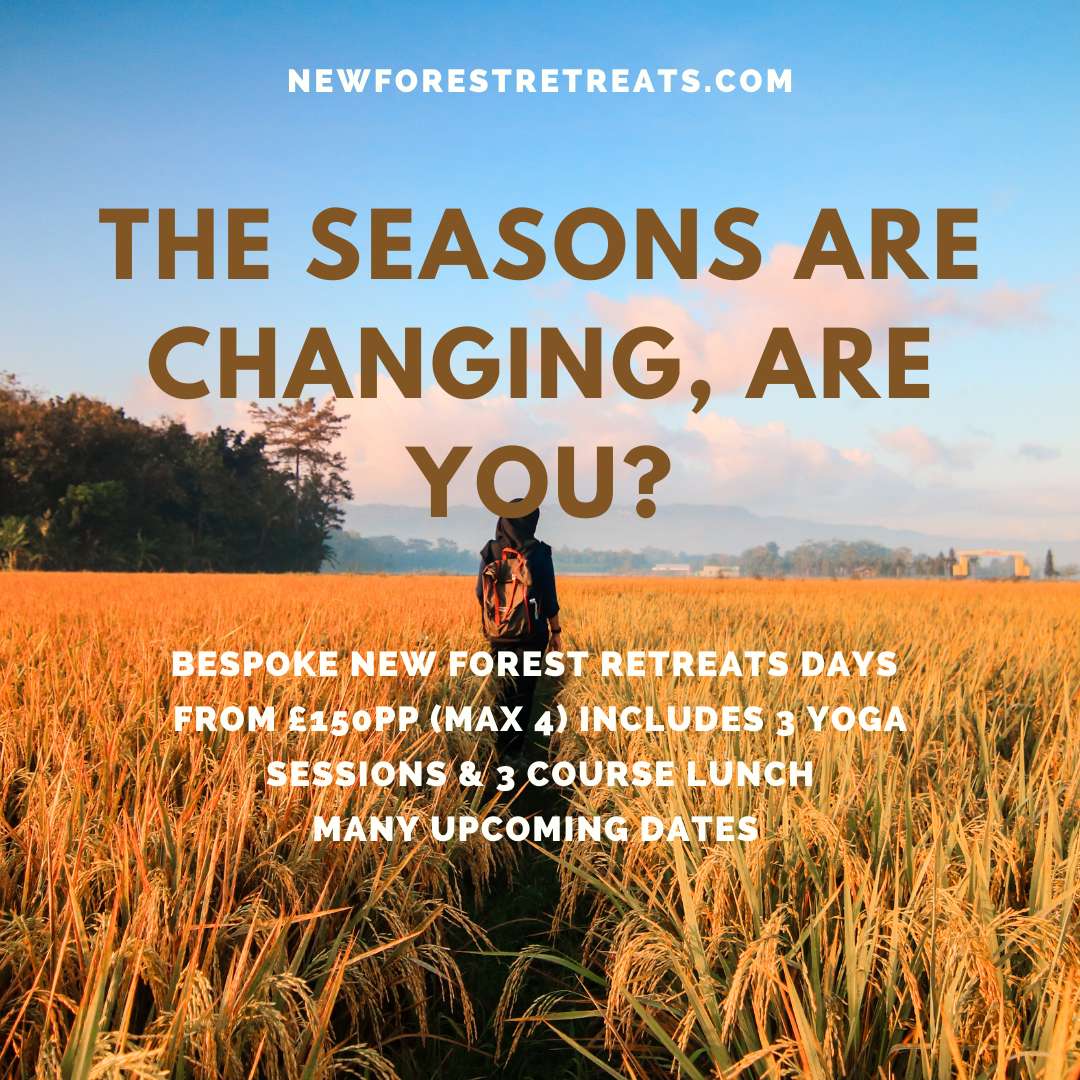 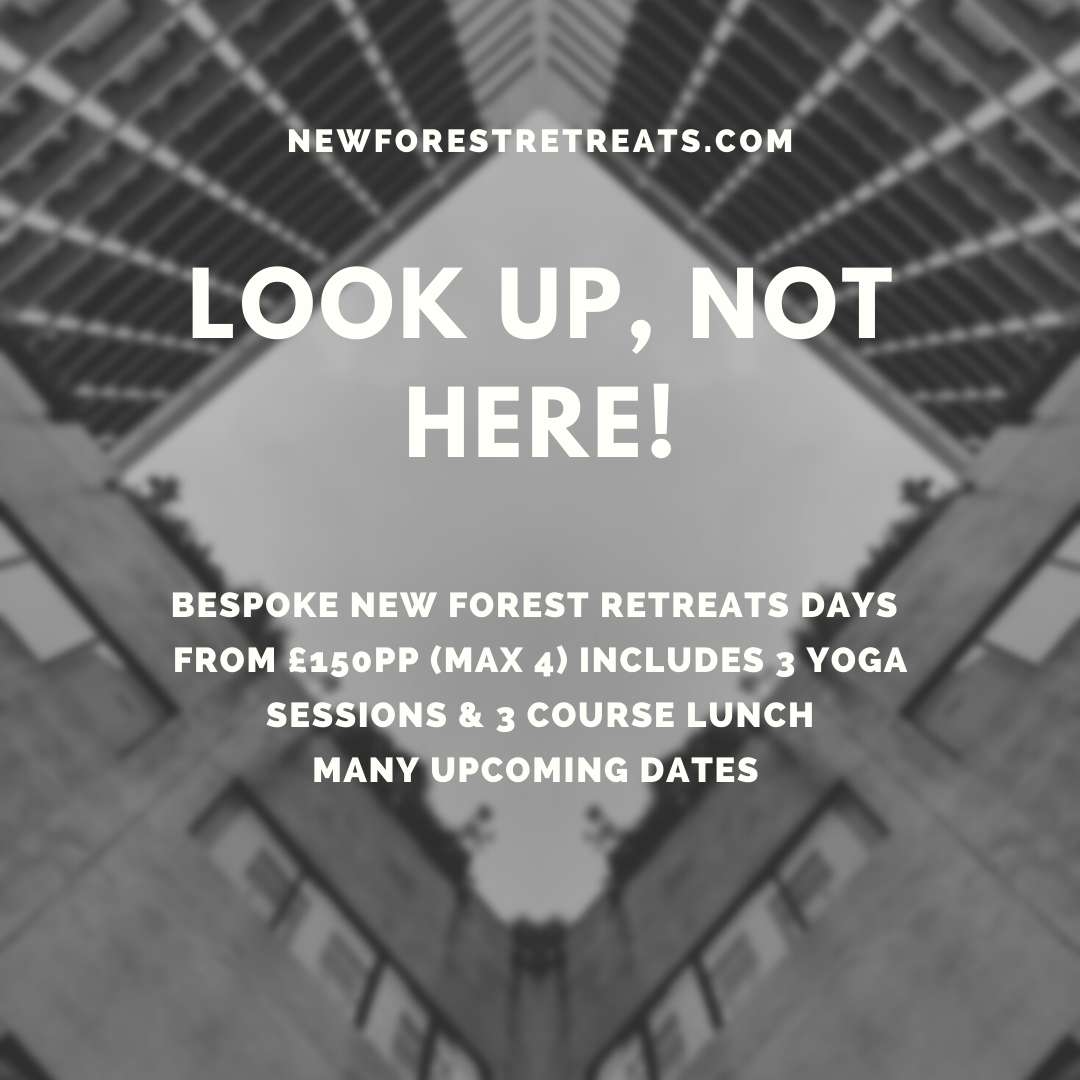 I have curated and created the very best of the retreats and put as much as I can into a fabulous day retreat. Join us for a truly magical day in this part of the world with its wild horses and marine nature reserves you will be spoilt for choice, and often the very best bits.. Which is why I am excited to offer these bespoke day yoga retreats, with its secluded and quiet orchards for meditation and super secret spots for paddles or swimming, you could be forgiven for wanting to leave. As we do yoga outside on beautiful sunny spots, or in lovely local nooks , there is nothing but tranquillity and relaxation happening here and lots of nurturing snacks and lunches ofcourse. All set within the heart of the New Forest the bespoke themed retreat days are offered with plenty exploration and yet still have a fully immersive experience. Using unique and bespoke themes for each day retreat, the yoga sessions and guided meditations are all interwoven with a deep awareness and responding to the needs of the group. So no retreat day is ever the same. Each group has the chance to direct the pace and direction of the sessions. Firstly, you are introduced to your fellow retreaters, with a vegan treat. Then you will start with some journaling, and intension setting, then a physical practice which be theme dependant followed by a relaxation before a wonderfully warming homegrown and homemade Lunch. After Lunch you will have some time to enjoy the suroundings, get out into the forest, or just relax by a tree or on the beach. Then we will come back to session with bit of group work and some contemplations followed by another yoga practice and finish with either a deep relaxation or a related meditation. Beach Retreat Days or Forest Retreat Days 2021 11th August- Feel the heat 18th August- Peaceful people 9th Sept- Freedom to flow 16th Sept- Sweet Surrender All days include vegan 3 course lunch and 3 yoga and meditation sessions, walks and secret local beauty spots for t

Nova currently runs a private Yoga Therapy practice and bespoke teacher training in London, where her clients have included many prominent people, in the fashion, music, and film industry She has also worked with the Canadian Armed Forces to teach yoga and meditation to cultivate calm and relaxation post-tour, and the Canadian Olympic Swimming Team commissioned Nova to give Pranayama and Mediation Yoga sessions prior to competition. Nova’s unique sequences have inspired students across the world, at both her retreats and her old studios in Kho Tao, Thailand (2005-7) and Kensington, London UK (2007-15). She is now based more in the New Forest, but continues to offer some CPD courses, and workshops around the country plus regular classes at a few venues in London. Nova Milesko’s (SRYT 500) yoga classes include elements of the hard, yang-styles, such as Akhanda, Anusara, Ashtanga, and Vinyasa Yoga, and the softer, yin-styles. Her meditation and yoga experience goes back to the early 80’s when she first began to explore the practice of Buddhist meditations and yoga with her mother. Her intense love of yoga and a need for a realistic approach to investigating the nature of things, has helped her to create her own bespoke Yoga Teacher Training which she currently runs once a year. She continues to learn, committing to at least a 100 hours per year of CPD. All of which gives her the food of knowledge to feed and inspire her students. She has studied with world-renowned teachers Visvaketu (Akhanda), Shiva Rea, (Vinyasa Flow) John Friend (Anusara) and David Swenson, (Ashtanga). She has also been privileged to learn from inspiring teachers Sarah Powers, Paul Grilly, Sharon Gannon, Michael Gannon, and Mathew Sweeny amongst others amassing over 2000 hours of training and over 10,000 hours teaching. 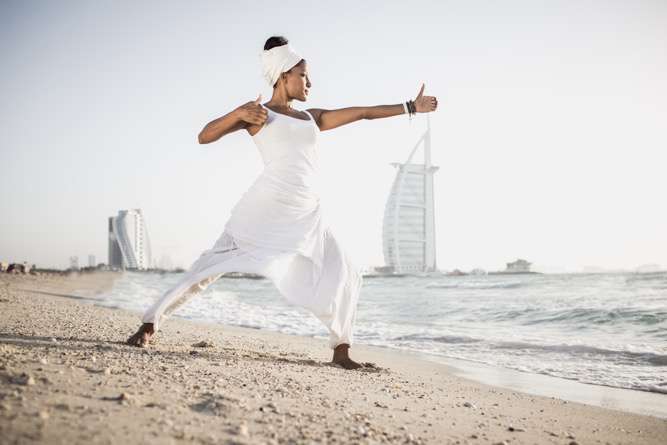 Kundalini Yoga and Meditation Instructor / Clarity Hypnotherapist
Not yet reviewed
£150.00 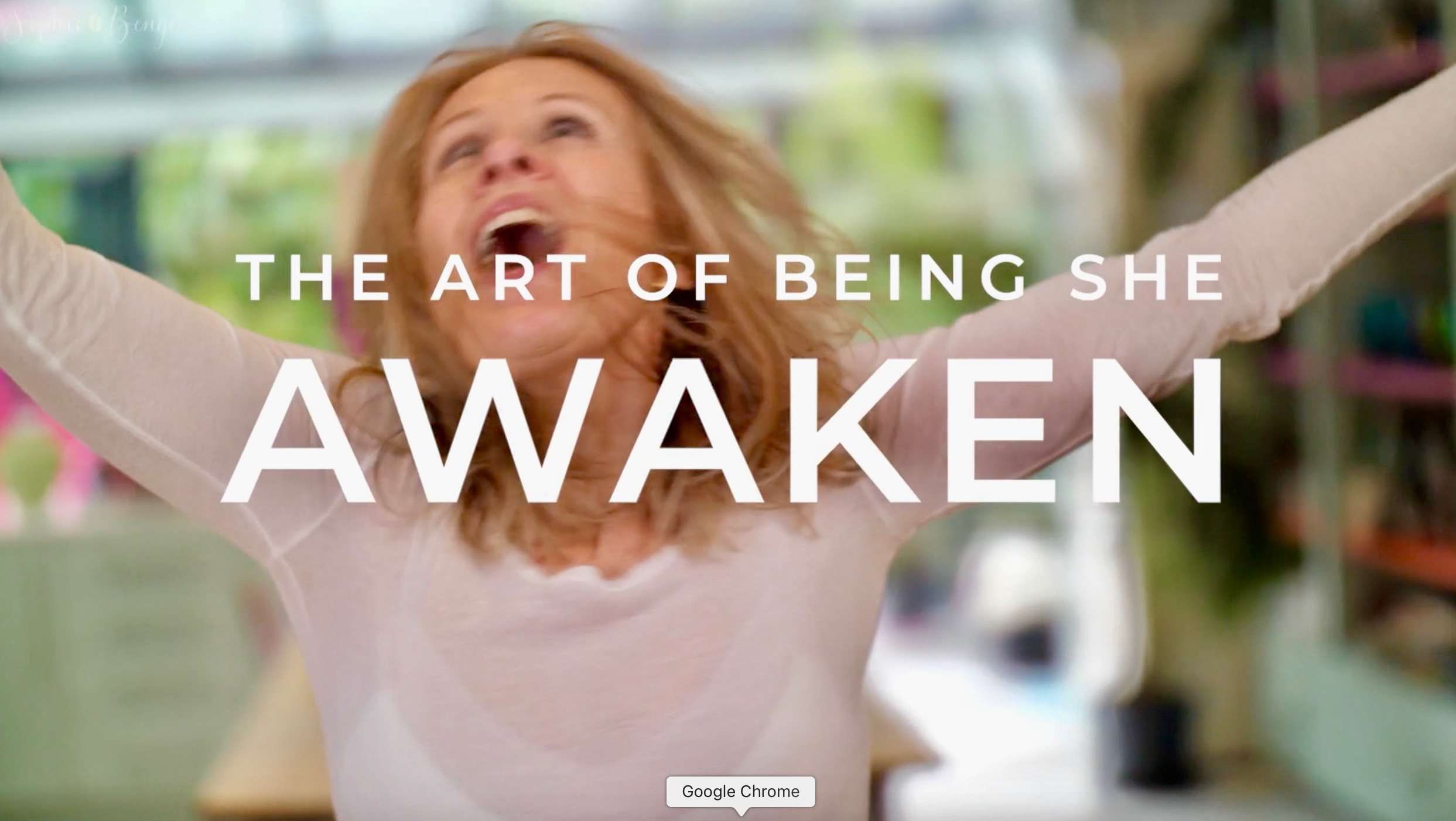 AWAKEN - A Beautiful Online Women's Wellness Course
Not yet reviewed
£125.00